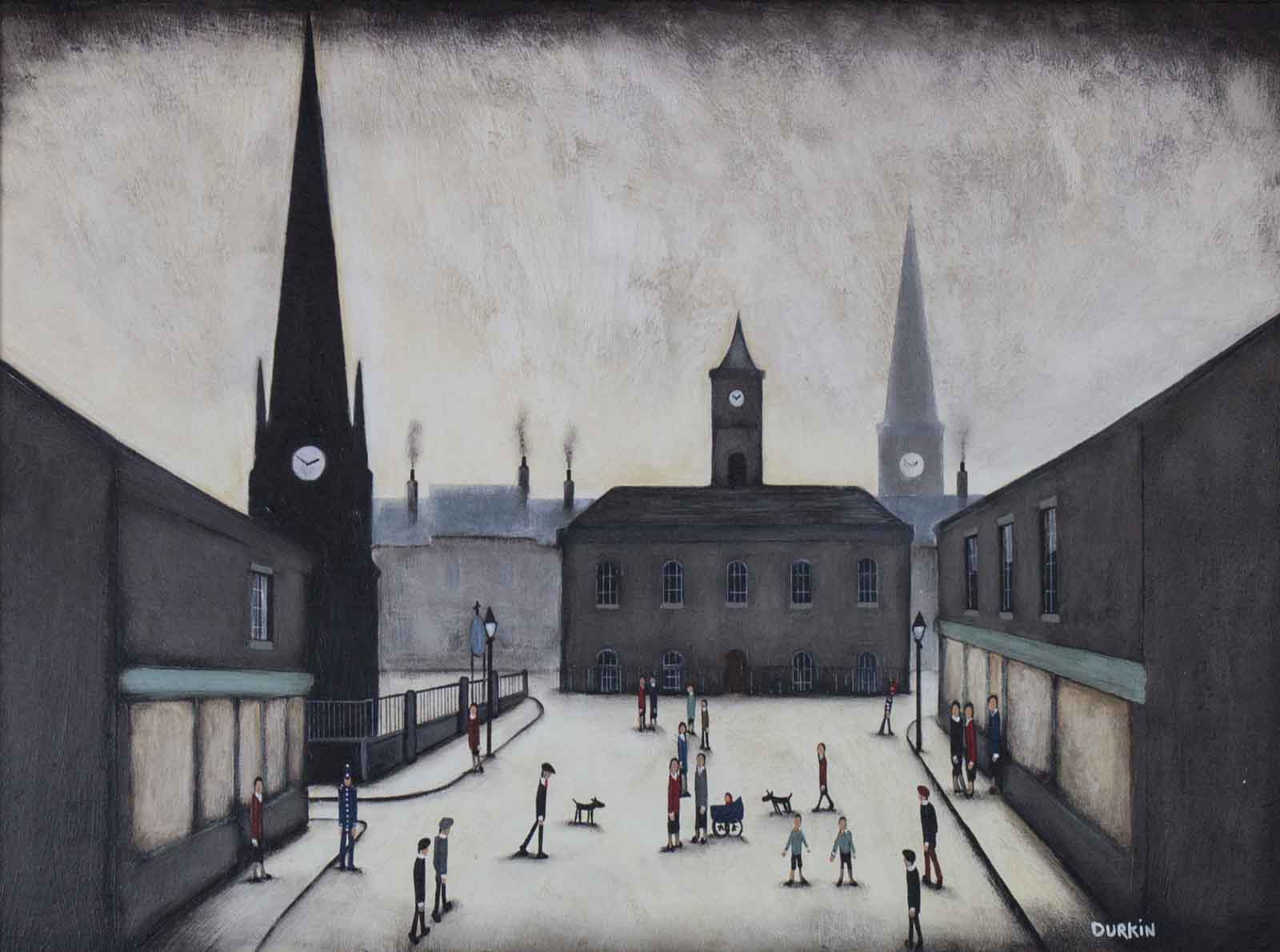 Sean Durkin original paintings have taken the art world by storm with their L.S Lowry inspired style.  It is rare that the combination of artist style and story sing so true together but Sean Durkin is certainly one of those artists.

In an interview with the BBC Sean recounts how, as a boy, his father would try to take his family to see a painting at a local gallery only to find that it was closed.  Being an educated and cultured man this would drive his father crazy to the point that one day his father took an original Lowry from the local art gallery.

“I remember going downstairs one morning and on the mantelpiece there was this little painting depicting what looked to me like a big house, a church, and some matchstick people scurrying around.  I didn’t know it at the time, but it was a painting Lowry had done of St Hilda’s Church and Middlesbrough’s old town hall that my father had taken from the gallery the night before ” recounts Sean.

Sean’s father left a note that he would hold the picture ransom until art galleries started opening at a weekend, so that the working man could enjoy some culture.  In addition he demanded that the Mayor raffle his underpants for charity and that the gallery be installed with a better alarm system!

Fascinated by the atmosphere of the painting and the ‘matchstick’ people as they scurried around the scene, the young Sean Durkin did not realise at the time, but the painting would have a profound effect on his life, and ultimately inspire him to become an artist himself.

Sean Durkin original paintings always feature a copper and robber amongst the matchstick people to pay homage to his father’s efforts all those years ago.  The eye catching style has proved extremely popular with collectors and it is a pleasure to be exhibiting his original artwork in the gallery. 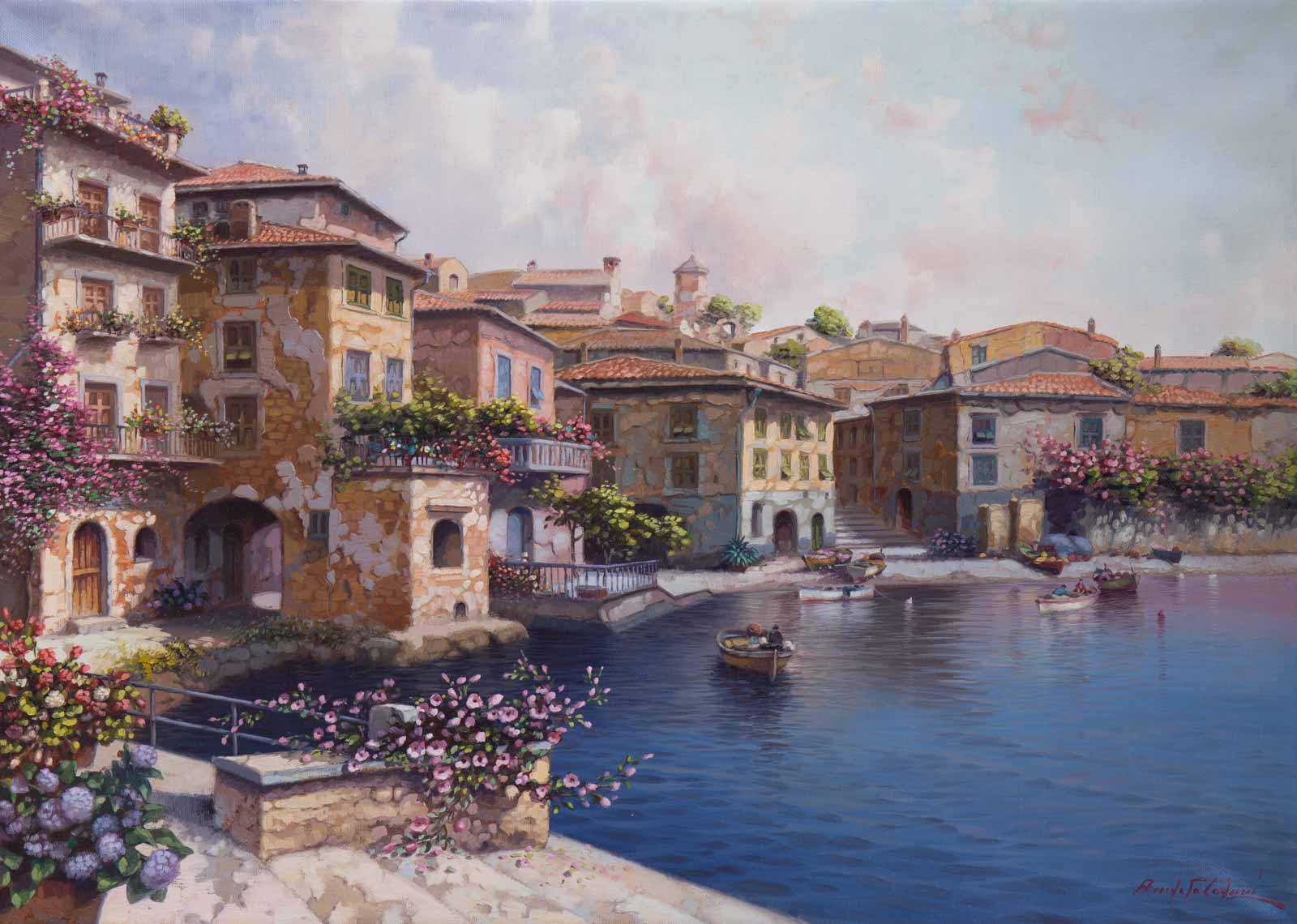 These beautiful paintings by Italian artists will transport you to the warmth and magic of Italy.  Each artist’s unique captions... 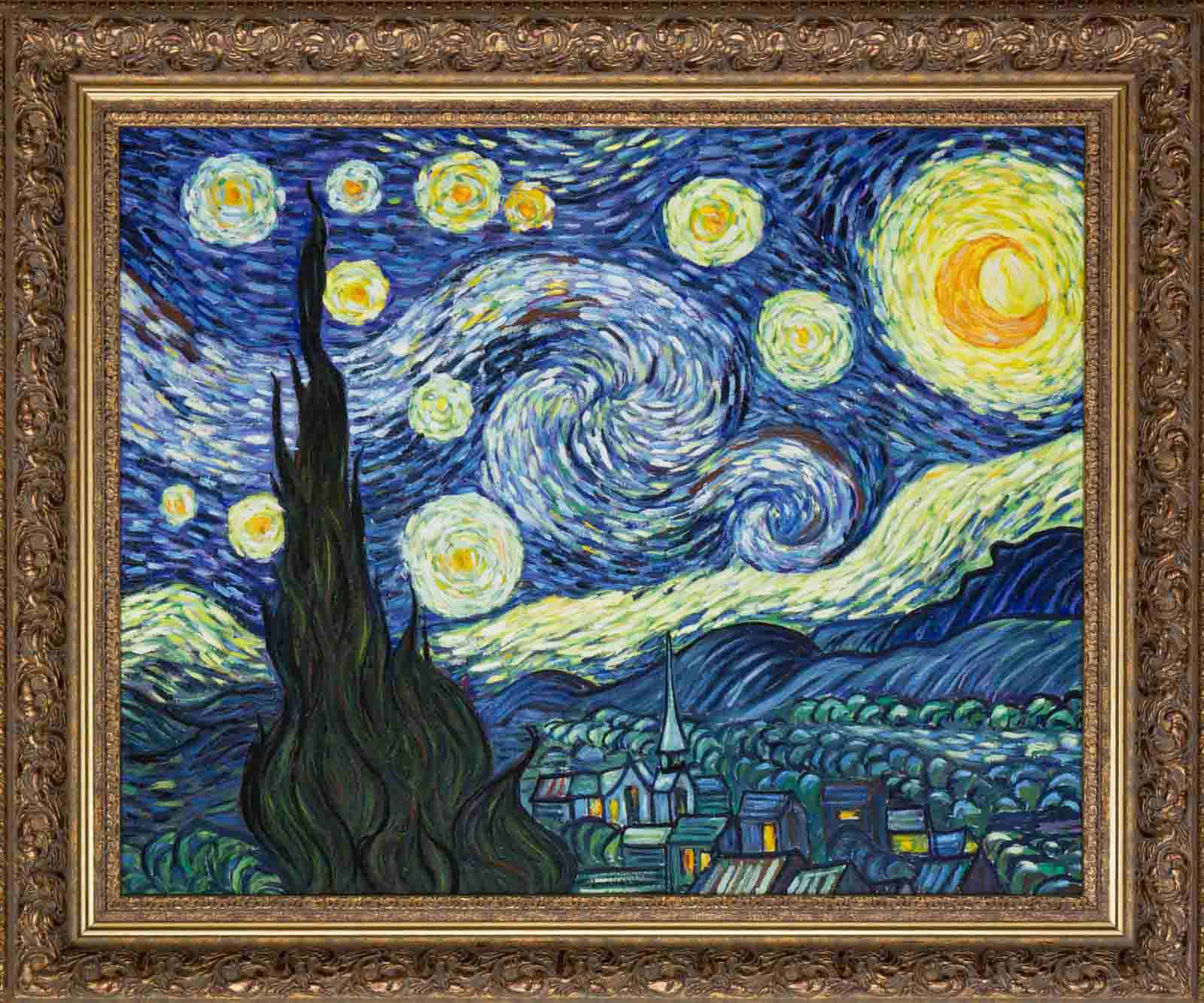 Owning masterpieces worth millions of pounds might be a pipe dream for most but David Henty’s art forgeries could... 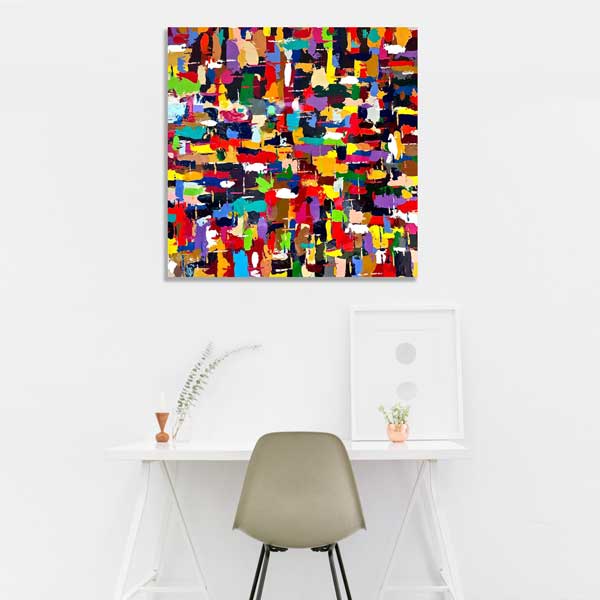 Abstract Art – A Journey Through Colour With Peter Vaillant

It was about five years ago we first came across Peter Vaillant’s brilliant abstract art creations.  Five years of hankering...