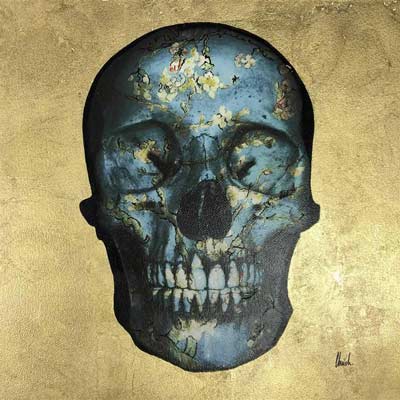 Chuck has been involved in art ever since he was born. From a young age he observed and attempted to recreate his mothers work who is an artist herself. He would often spend time in the studio asking questions and trialling the various materials available.

During his school years, Chuck was exposed to many mediums and techniques. This allowed him to develop a wide skill set and certainly advanced his knowledge of the creative process. Following school, he went on to study a slightly different and technical course in games development at Cambridge College.

During this time, Chuck found inspiration for his artwork through the development of digital gaming environments. Combining an intrigue in Baroque and Renaissance art with his contemporary digital work offered a fascinating coupling. As a result his artwork presents a dark and melancholic atmosphere, giving the viewer much to contemplate and observe in his work.

Chuck is in the early stages of his career as an artist, however with his incorporation of metallic foils and traditional patterns, he is expected to go far in the industry. Chuck enjoys mixing the vibrancy of old era art with the appeal of contemporary work in all its various forms. Ultimately though, he creates art he enjoys and feels passionate about.