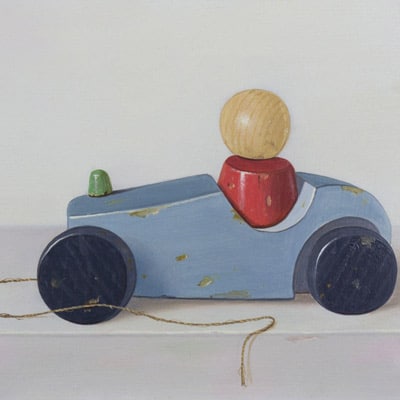 The Frisian Johannes Eerdmans has developed a style that is strongly reminiscent of the Romantic School.  He was born in 1950 in Sneek, Netherlands and grew up in Bolsward.

Johannes Eerdmans has been interested in drawing small scale objects since a child when he enjoyed painting miniatures of sailing ships.  For some time he received training at the Leeuwardian Academy of Art, the “Vredeman de Vries Stichting”, but soon discovered that working in groups and making abstract art was not in his line at all.

From then onwards, Johannes Eerdmans went his own way and continued drawing and painting to his own vision. He prefers painting still life images but also paints townscapes, ships, summer and winter landscapes.

The longer Eerdmans paints the greater his esteem for the old Dutch masters becomes.  Without having a certain preference, his work gives distinct evidence of this inspiration.  Collectors of his work and works of a similar style praise the extraordinary atmosphere his paintings exude whilst retaining a freshness about them quite unlike many still life paintings.