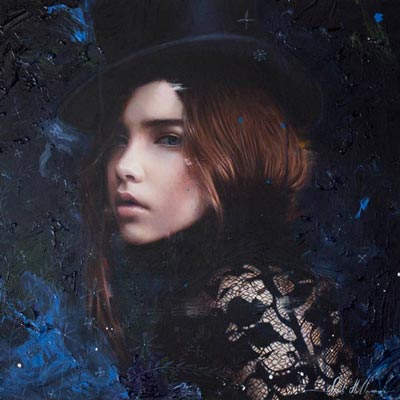 Rob Hefferan was born in Cheshire in 1968 and is an exceptionally talented figurative artist. His paintings capture the unique character and warmth of each subject whilst also suggesting the living, breathing essence of the individual.

Brave, forward thinking and always challenging, Rob Hefferan experiments with themes, moods and styles to create thought provoking visual statements that inspire us to see beyond our limited and cultural frames of reference.  Although a truly modern artist who continually explores creative themes and boundaries, Rob draws much of his inspiration from the Pre-Raphaelite movement.

As a young boy, Rob was always convinced that his path in life would lead towards artistic fulfilment.  From 1985-89, Rob studied art at Padgate Art School where he finally felt understood by his contemporaries.  He thrived in this stimulating environment where freedom of thought and expression were encouraged.  After a year studying towards a degree in illustration, Rob decided to go it alone.  His exceptional versatility as a designer and illustrator won him several prestigious contracts ranging from high profile advertising campaigns to providing artwork for children’s books.

Although he gained considerable success in the commercial field, Rob never let this deter him from his original lifelong ambition of becoming a full time artist.  In 2003. Rob’s first exhibition of work was greeted with wide critical acclaim and sold out.  Forest Gallery have been exhibiting Rob Hefferan’s work ever since 2004 with Rob’s large photo-realistic portraits proving very popular with collectors.