Animal portraiture comes in all styles, shapes and sizes as demonstrated by our top 5 animal artists picks. Being a wildlife artist can bring enormous satisfaction often stemming from a true love for the animals which are the star subject of the painting. From the quirky and colourful portraits by Carol Gillan to the almost impossibly precise work of animal artists such as Richard Symonds, you don’t have to search for long before you fall in love with animal portraiture.

Specialising in marine wildlife and crustaceans, Giles Ward’s work is unique and beautiful. Experimentation is at the heart of his painting. Working pre-dominantly in oils Giles’ canvases take on other-worldly textures with the addition of acrylics, inks, spray paint, varnishes and anything else he can lay his hands on, including crab shell. He is inspired by the natural world and examines the hidden corners of colour and texture found in nature’s close-up detail. Giles sources his marine subjects direct from the fishmonger with Brixham Fish Market providing an incredible source of inspiration. The artist is also a keen support of local communities and has donated artworks for charitable ends.

Our second pick in our animal artists is Debbie Boon. Painting on canvas with heavy bodied acrylics, Debbie Boon applies layers of paint to create depth and vibrancy in her work. Her animal portraits are characterised by an energy and vivacity which reflects the joie de vivre she feels when faced with a subject that captures her imagination. As one of Forest’s most prolific animal artists she is available for commissions and her work is available as large scale artist proof limited editions

In the below video we see Debbie Boon at work in her studio producing her recognisable bold brush strokes and dramatic paintings.

Dominique creates remarkably naturalistic portraits of animal subjects depicted on clean white backgrounds. This not only creates a dramatic graphic image, but conveys her modern aesthetic. Each image has an almost snap-shot quality, showing her unique ability of capturing the personality of each animal and imparting humour, character and whimsy to many of her pieces. “I have always seen the human side in animals – the way they make you laugh or sympathise with them with an action or an expression. I paint mainly from my own photos but can sometimes spend hours watching the subject as it’s all about capturing that single moment.”

Constantly pushing her art, Dominique now uses the earth pigment from the environments in which her animal subjects reside having observed varying shades of red on elephants as they roll around in iron rich soils. Going from strength to strength, the artist has a number of accolades to her name including winning the animal artists award BBC Wildlife Artist of the Year and finalist in David Shepherd’s Animal Artist of the Year.

An accomplished artist with a large celebrity portrait and superhero portfolio including the likes of Marilyn Monroe and Stan Lee, Ben’s talent extends into animal portraiture seamlessly. The artist works in an inspired fashion, often filling the canvas with unplanned brush strokes and colour. This fluidity in his method of working gives his animal artwork a fantastic vibrancy which many collectors seek. In particular is the artists liberal use of metal leaf in his paintings and with a warm earthy red underpainting, which combine to produce a striking result as seen below.

Merging traditional Chinese inks with European painting techniques in a contemporary style reflects the fusion of Marc’s Chinese-French ancestry. This unique approach situates his artwork in the contemporary art scene and the artist has gained wide recognition for his work, with multiple awards and exclusive interviews with the likes of the Huffington Post for a touching content creation on his artistic developments from when he was a young boy to the artist he is now.

Our sixth pick in our top 10 animal artists is Stephen Park who depicts the majesty of some of the ‘big 5’ as well as wildlife closer to home in the UK.  Stephen, once a landscape artist, decided to extend his art to wildlife in 1980. It wasn’t until a trip to Kenya a few years later that his passion was awakened to the true beauty of this subject. “There is a very special feeling when you actually experience these animals in their natural habitat”, and so it was that Stephen embarked upon painting these magnificent creatures.  Below, are a few examples of some animal portraits a little closer to home with the hares always being a popular subject.

Carol Gillan specialises in friendly and sometimes humorous animal and pet portraits aiming to achieve an informal, composed painting which is both a realistic likeness and a uniquely distinctive interpretation.    “It’s my aim to bring the viewer face to face with a living, breathing animal, to make you smile as co-conspirators, want to ruffle their hair, laugh and take them home!” Carol employs a plain background to save from any distractions from the animal be it a curious cow, loving labrador or beady eyed owl.  We love the playful yet sincere nature of these original paintings and Carol’s commissions often prove to be a touching gift.

Our final pick in our top animal artists is Wayne Westwood.  A keen ‘twitcher’ or birdwatcher it seems he has the patience required to capture these beautiful birds in all their glory.  Wayne Westwood developed an interest in painting at the age of ten when he received a book by the internationally known wildlife artist Raymond Harris Ching and the AA British Book of Birds. It was during his time working as a farm labourer that he saved enough money to buy his first bird of prey. Working so closely with numerous “raptors” Wayne has now become a devoted painter of all birds. He uses the reference from his own photographic library to compose stunning paintings that come from his studio.

Wayne suffered a serious heart attack at the age of 27 which completely changed his life. After he recovered, painting consumed his time and energy to develop his artistic talent. As a full time professional artist he quickly became a leading wildlife painter with sell out exhibitions. His subjects have included all African Wildlife, U.K Native Birds and British Farming Livestock and is sought after within the animal artists community.  Wayne Westwood has had work published and had various articles in wildlife and art magazines including Birds Illustrated and Countryman’s Weekly.

Richard Symonds is our third top pick whose passion and commitment to wildlife spans back over 20 years. He has been actively involved with raising large sums of money and awareness for wildlife through the sale and auction of his original paintings, drawings and limited edition prints. It’s this level of dedication and love for the animals which is key to capturing the magic unique to each animal.

In 2006 Richard hit the animal artists headlines when he completed his first life-size oil painting of an African bull elephant called “Tembo”. It sold for a staggering $100,000.00 to a private collector with a large donation from the sale going directly to The Born Free Foundation.  Below is a stunning coloured pencil drawing titled ‘Brutus’ whose intense gaze has been capturing passers by in the gallery recently.

Our penultimate pick is talented sculptor Suzie Marsh.  Suzie’s work reflects her fascination with animal character and form and inspiration is taken from life whenever possible through constant observation of her own animals.  At her Cornish studio, Suzie now produces a large and ever changing range of cat sculptures which are avidly sought by collectors of her work. In recognition of the cat’s role in her success, Suzie donates a percentage of each sale to the Cats Protection League.

The hand built sculptures are made in stoneware clays and fired at 1220 or 1280 degrees Celsius in gas and electric kilns making them suitable for inside and outside use. Glazes are used sparingly as Suzie prefers the texture and detail of the clay. Instead she prefers to use oxides and matt ceramic pigments to colour her work.

Forest Gallery’s animal artists cover a wide range of mediums and animal subjects to suit our collectors’ desires. If you like any of the pieces on display in this article or would like to arrange a specific commission from one of the animal artists please get in contact and we would be delighted to arrange this.SaveSave 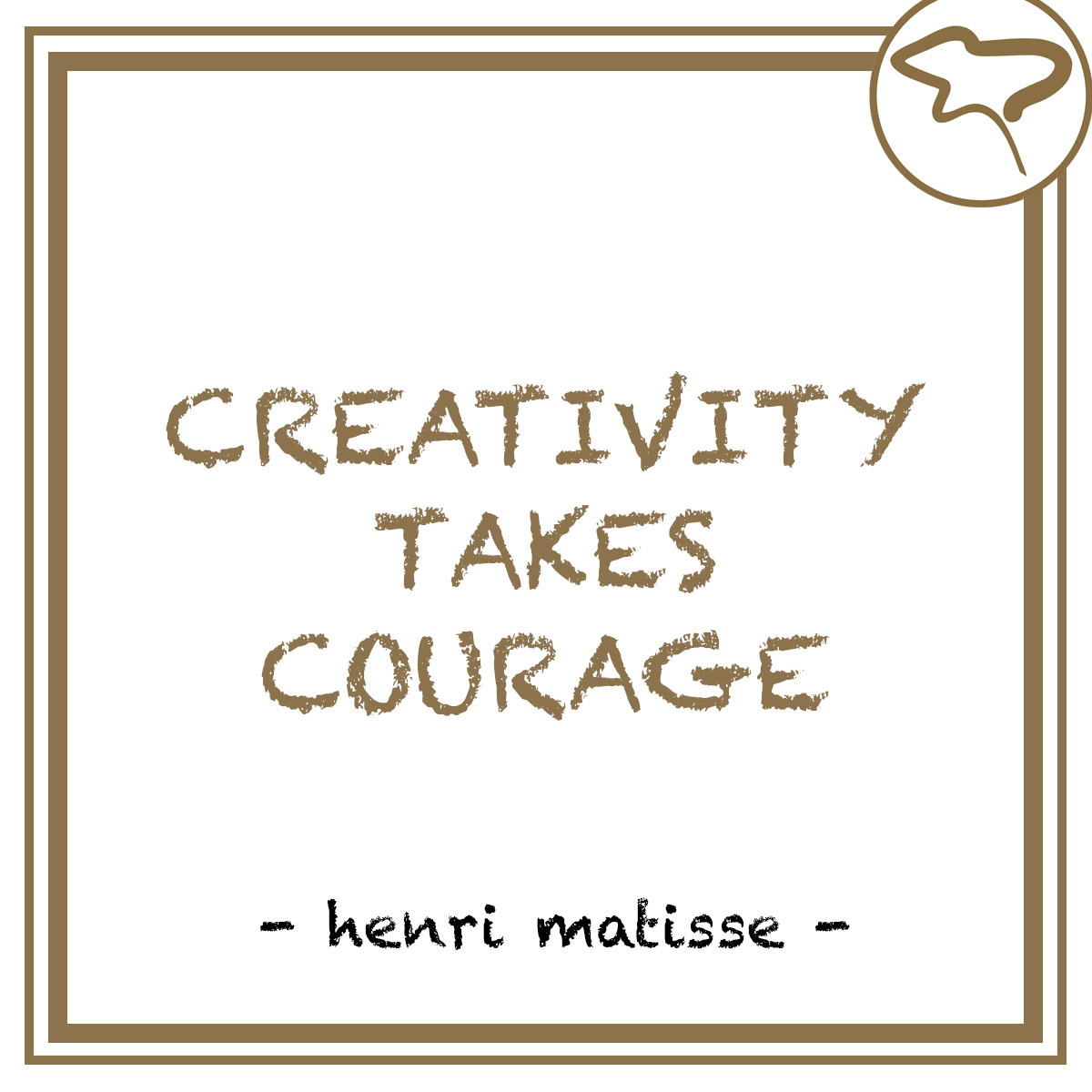 Sometimes its not about reinventing the wheel but learning from old masters.   We have compiled a few of...

Click to browse the current John Haskins collection As one of our longest represented artists, John Haskins has held...