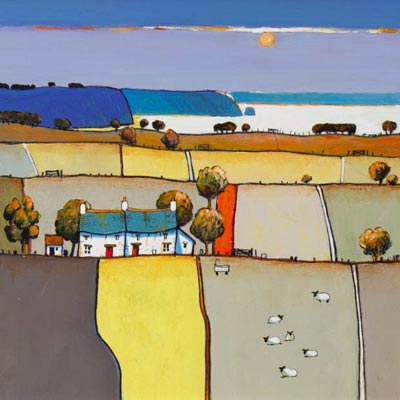 Alan Smith was born in Kiel, Germany in 1941. He came to England in 1953, where his family has lived on the South coast ever since.

Alan Smith was a qualified engineer by profession, and spent many years in the Middle East. Whilst working abroad he often painted during his spare time.

Alan is a self-taught artist who has developed many different styles. His ability to adapt and improve his technique has enabled him to develop a unique style in his paintings. Alan began painting in watercolours, but now specialises in working in acrylics and oils.

Since retiring, Alan has devoted his time to painting and travels extensively throughout the UK. During his travels, Alan collects material for inspiration. His paintings are becoming increasingly sought-after.

Commissions are also available for specific sizes or styles, please contact the gallery for further information.