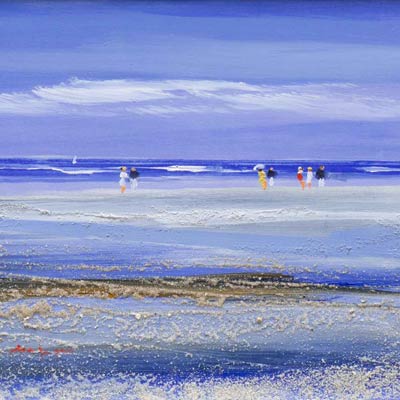 Heinz-Jurgen Menzinger was born in 1943 in Brünn, Germany. Considered as very talented in drawing and painting at High School he studied painting at the Academy in Dortmund with Professor Hilpert.

Always fascinated by the old masters he made frequent journeys to the famous Dutch museums. As a result, he continued studying painting at the Academy of Gent and later on at the Academy in Roulers.

After his studies, he worked as a freelance artist with great success. Visiting museums in the Netherlands, France, Belgium and Sweden, Impressionism became his favourite style and his impressionistic landscapes have given him worldwide recognition.

Heinz-Jurgen Menzinger’s city scenes, landscapes of Southern France or coastal scenes of the North Sea are the most sought-after subjects by his collectors.